CJ SOLAR CELEBRATES "UP DOWN" #1 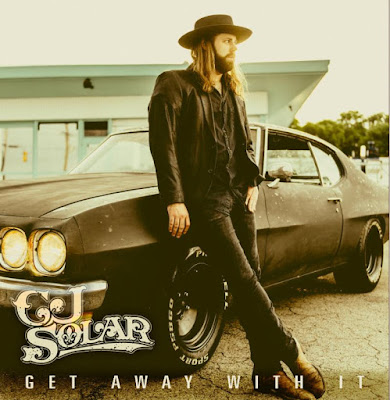 CJ Solar started this week seeing his name atop the Country Music charts for the first time as the co-writer on Morgan Wallen’s #1 single “Up Down,” and he will wrap up the week opening for Lynyrd Skynyrd’s Last of the Street Survivors Farewell Tour in Raleigh and Charlotte. In between, he will release “American Girls,” the follow up to his Top 15 single “Airplane,” to Country radio.

“I’ve been dreaming of this since I wrote my first song when I was like 12,” said an elated Solar of “Up Down,” his first #1 Country single as a writer. “I can’t thank Morgan, FGL and the whole Big Loud crew for taking it all the way to the top and to the Country fans for helping make it happen!”

Solar, who Rolling Stone Country named one of their “New Artists You Need To Know,” wrote “American Girls” with Michael Hardy, Jake Mitchell and Michael Hobby of A Thousand Horses. “We were wanting to write something that felt current but still had that Southern Rock vibe that we grew up on,” said CJ. “I had been listening to the Tom Petty station on SiriusXM and got the idea to write a modern day song about American girls.”

CJ will have another dream come true, when he and his band head to Raleigh on Friday and Charlotte on Saturday to open for Lynyrd Skynyrd. 38 Special is on both bills, and Cheap Trick and Hank Williams, Jr. split the Raleigh and Charlotte shows, respectively.

“I can’t believe everything that’s going on right now. This might be the best week of my life, and I feel like we’re just getting started!”

Keep up with CJ Solar at: