LARRY, STEVE & RUDY - THE GATLIN BROTHERS PERFORM ON THIS WEEKEND'S CHRISTMAS EDITION OF HUCKABEE ON TBN 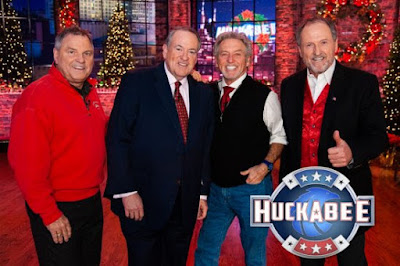 Larry, Steve & Rudy - The Gatlin Brothers will appear on this weekend's special Christmas edition of Huckabee. During the national television program, the brothers will perform the classic standard, "White Christmas," as well as a medley of holiday tunes, followed by a special interview segment with show host, Governor Mike Huckabee.

A very touching moment takes place during the show when the brothers invite their 91-year-old father, Curley Gatlin, on-stage to harmonize with them on the timeless hymn, "Heaven's Jubilee."

The brothers also recently made another national television appearance on Through the Decades (Decades TV Network / CBS) to discuss their 60+ year career in music. Watch the full interview HERE.

Posted by LovinLyrics at 1:48 PM