IT'S "ALL OR NOTHING" FOR CASEY JAMES - KICKSTARTER PROJECT CLOSES JULY 1 - LET"S NOT CALL IT A NIGHT ON THIS PROJECT! 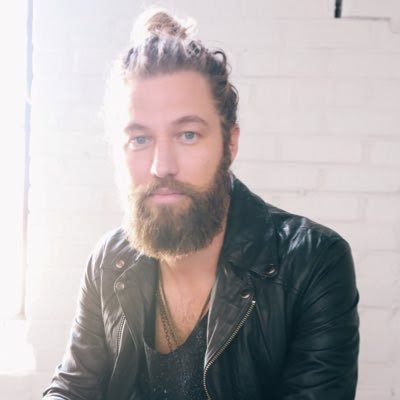 CLICK HERE TO BE A PART OF THE KICKSTARTER PROJECT

Following the critical acclaim and fan response to his first independent studio album "Strip It Down", Casey James returns to Kickstarter to raise funds for his follow-up independent album. The "All or Nothing" campaign ends on July 1.


“Having the fans involved absolutely makes the difference for me in terms of how I make records and what those records accomplish,” said James. “So, it just makes sense to me to come back to Kickstarter and do it again.
James continued, “I'd never experienced anything as amazing as having fans fuel an entire record, but that's EXACTLY what happened with Strip It Down, and it was huge in so many ways for me. It’s such a great feeling to be able to make the music that I want to make and to know that I’m finally connecting the dots between my heart, my music, and my fans. I’ve been getting so much great feedback from everyone in regards to the new material, and I can’t wait to get in the studio and record it.”

Fans aren’t the only ones anxious for new music. Three-time Grammy Award winner Tom Hambridge, who produced Strip It Down, has signed on to produce the next record as well.

After splitting from Sony Music Nashville, James went straight to the source – his fans – to fund his first Independent album. Teaming up with Hambridge was a great start, and at the conclusion of the crowd-funded creative collaboration, James was left with a record that garnered rave reviews from Blues/Rock/Americana media outlets and fans across the world with the Rock Doctor raving that that Strip It Down was “one hell of a delightful surprise!”

Fans who embraced "Strip It Down" will appreciate this next step in James’ evolution as a notable blues composer and performer. The approach for second recording will be very similar to the first. “If 'Strip It Down' was the liner notes to my musical biography, then the next record will read as the first chapter,” James explained.

Certainly, James had an exhilarating debut into the blues society with "Strip It Down", an appropriately titled album given the raw and rooted songs it contained – raucous and danceable album that was truly blues at its core.

His upcoming project rides the same lane, but allows musical breadth for his fans, who are watching James continue to reach as an artist. The new material is more diverse and yet somehow manages to come together and fit into a style that is pure Casey James.

James recently debuted some of his new music in a live, in-studio broadcast that is now up for all to see on YouTube. With title tracks “Come on Saturday Night” and “Here to Please” you don’t want to miss what James is coming out with next!


A LITTLE BACKGROUND ON CASEY:

Anyone who has followed his journey from “American Idol” to Sony Music Nashville will be thrilled to discover the passion that drives the guitar-slinging Texan is dialed to 11. His 2012 self-titled debut won critical raves and yielded Top 15 single “Crying on a Suitcase” – and Top 20 single “Let’s Don’t Call It A Night.” His follow-up, gut-wrenching single “Fall Apart,” powerfully showcased his skills as a producer, intense vocalist, and lead guitarist.

James has had an impressive career spanning from a local musician to playing for an audience of 22 million people weekly during his run on “American Idol.” From touring his hometown to touring the world while playing his own material, he has been consistently growing and evolving as an artist. This latest effort introduced his music to a whole new demographic and was well received worldwide. "The last few years have seen so many of my dreams come true. I'm finally interacting with people that I respect and admire; artists, producers, writers, musicians, and the fans. These are all people that have the same heart for music that I have. It's been an absolute pleasure working alongside artists like Kenny Wayne Shepherd, Delbert McClinton, Tom Hambridge, Lee Roy Parnell" and the list goes on. The point is that after a lifetime of dedication and work, James is finally busting in to the scene that he's always wanted to be a part of. "To drive down the road and hear my song being played on SiriusXM BB King's Bluesville is one of the best feelings I could ask for. Especially when I still feel proud and excited about how it sounds. I’m just thankful to be able to do what I love,” said James in a recent interview with his hometown Fox network television station in Dallas, TX. “I’m thankful to have a dedicated audience that believes in who I am and what I do. I couldn’t ask for more and I’m always excited for what’s next.”

Posted by LovinLyrics at 3:11 PM