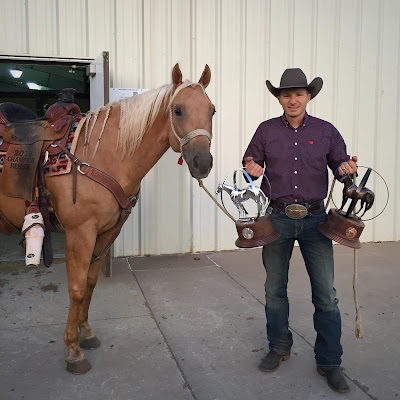 Country crooner Paul Bogart brings us back to the way it used to be in his black and white video for “When The Cowboys Are Gone.” The American Quarter Horse Association (AQHA) premiered the video at their World Championships in Oklahoma, where Bogart competed and finished second in team roping. He has won the World Championship title twice. The video has a vintage feel, switching between shots of Bogart performing the song and vignettes of classic cowboy scenes. The video can be viewed here and the song can be streamed here. The video was additionally premiered, this morning, on Facebook by the AQHA and Country Rebel and already has over 10,000 views.

“When The Cowboys Are Gone” was written by Bogart with Trent Willmon and Shane Minor and produced by Willmon. The video was directed by Pepper Meiler.

On top of his own projects, Bogart recently scored two major cuts on highly-respected artists’ albums. The first, “I Won’t Have Far to Go” on Red Steagall’s October 11 release, Hats Off To The Cowboy. One of only two outside cuts on the record, Bogart also penned this with Trent Willmon and Shane Minor. The other, “Purdy Dang Bueno” on Kevin Fowler and Roger Creager’s Dos Borrachos record, released November 15. Bogart co-wrote that song with Michael White and Trent Willmon, other notable writers on the record include Michael Hardy, Jessie Jo Dillon, Snuff Garrett, Steve Dorff, Brett Beavers, J.T. Harding and more.

“What a year! 2019 has been one for the books - coming off of a big win at the same AQHA World Championship Show that premiered my new video on the big screen. A huge highlight of the year is the honor of having a hero like Red Steagall record one of my songs, I couldn’t be more thrilled and humbled,” said Paul Bogart.


For more information on Paul Bogart visit PaulBogart.com.
Posted by LovinLyrics at 10:46 AM