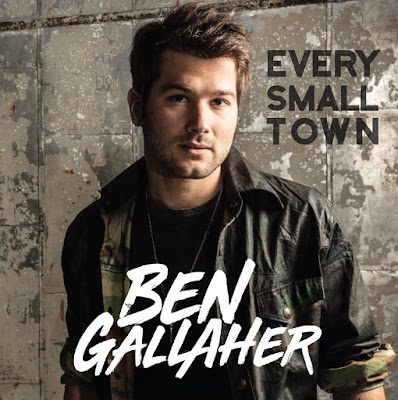 Co-written by Gallaher alongside celebrated songwriters Ash Bowers and Jim Collins the anthemic “Every Small Town” celebrates the tight-knit communities comprised of blue-collar workers and their families whose blood, sweat and tears are the backbone of America. The song was produced by Mickey Jack Cones and Derek George.

“To me ‘Every Small Town,’ is God, it’s country, family, friends, hard work, values. Every one of those things is in that song. It’s the way I grew up. It’s the way a lot of us grew up. Even if you live in a big city, chances are you’re from a small town – or you’re close to someone who is,” says Gallaher.

Born from his experience touring rural areas across the country, Gallaher’s “Every Small Town” emanates an undeniable window-down, radio-cranked sound. The song possesses heartfelt, cinematic storytelling paired with the edgy, musical intensity that Gallaher brings to his live shows.

A self-taught musician with a strong reverence for guitar masters, Gallaher’s songs are autobiographical anthems of growing up in the small town of Camp Hill, Pennsylvania that radiate a passion for the lyric-driven country music that influenced him. The burgeoning star’s vocals exude a smoky texture reflective of the backwoods bars in which the young artist honed his unbridled stage craft, driving to the Eastern corridor to perform each weekend while pursuing a degree in Entertainment Industry Studies at Nashville’s Belmont University.

The Quartz Hill Records artist has earned a fast-growing fanbase due to his commanding guitar prowess and energetic live shows while opening for the likes of Lynyrd Skynyrd, Hank Williams Jr., Blake Shelton, 3 Doors Down, Lee Brice, and has toured the Pennsylvania State Prisons for ten years on his annual, headlining Prison Tour

For the latest news on Ben Gallaher, go to www.bengallaher.com and be sure to connect with him on social media.